A new video reported by Iowa Starting Line shows that as the coronavirus threat was on the cusp of afflicting communities across Iowa, Senator Ernst was knee-deep in election-year politics – downplaying the crisis and leaving Iowans dangerously misinformed on the burgeoning pandemic.

Asked by a constituent on February 29 on the steps being taken to control the outbreak, Senator Ernst attacked Democrats for trying to “stir up panic,” praised the Trump Administration’s grossly inadequate and unprepared response, and even bragged about funding increases to the CDC “that she herself voted against.” 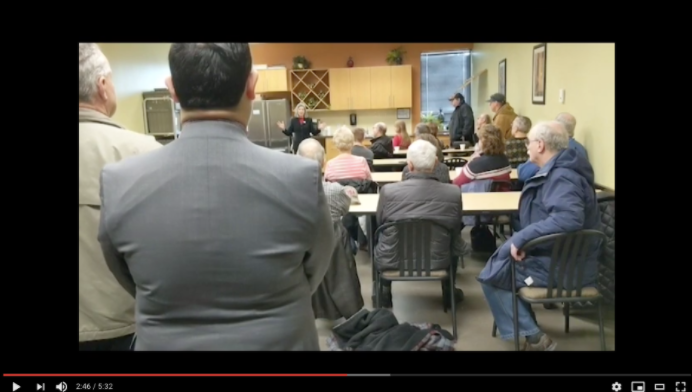 At the time, Senator Ernst had been receiving private coronavirus briefings for over a month – yet when presented the opportunity to inform constituents of preventative measures they could take to stem the disease’s spread, Ernst put politics over the healths of Iowans.

Rather than serve as a voice for Iowa hospitals and communities bracing for the crisis, Senator Ernst let fly the Trump Administration’s dangerous mismanagement, leaving Iowans without the testing and equipment needed to manage this crisis:

Iowa has only conducted just over 2,100 coronavirus tests out of its three million residents, resulting in 105 positive cases. Meanwhile, Senator Ernst refuses to oppose the lawsuit to end the Affordable Care Act, even as it ensures COVID-19 testing is covered by insurance.