Campaigning Behind the Government’s Failed Response, Senator Ernst Once Again Put Her Political Ambitions Over the Lives of Iowans

On the same day Iowans read the heart-wrenching story of a plant worker dying from COVID-19 after being denied testing and treatment, Senator Joni Ernst heaped praise on the “strong leadership from the White House” as Iowa’s outlook grew even more bleak. 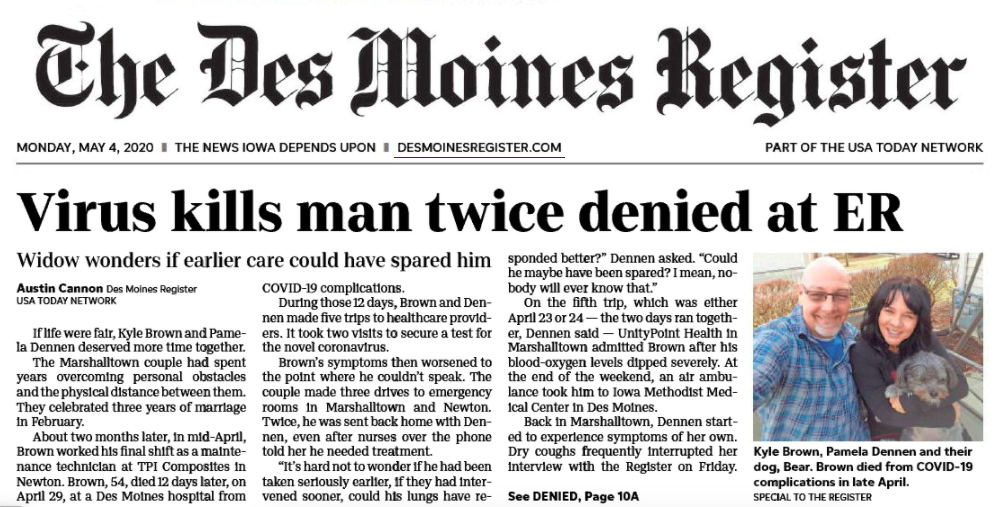 Kyle Brown, a worker at TPI where 131 workers have tested positive for COVID-19, experienced COVID-19 symptoms, yet was denied testing due to tight restrictions caused by the limited supply of tests. His symptoms became so severe “he couldn’t speak” – yet continued to be rejected from treatment even as nurses told him over the phone he needed it.

Senator Ernst continues to disregard the health and economic costs of the pandemic, claiming that “Iowa has fared pretty well,” and has repeatedly pushed for Iowa to reopen even as new modeling shows the relaxed social distancing has pushed back Iowa’s daily death peak by over one month into June.

Now, after Senator Ernst pushed the Trump Administration, Iowa workers are being forced back into unsafe work environments as Ernst and GOP leaders refuse to mandate oversight to ensure workers are protected from future spread.