Join us for the 2019 Liberty and Justice Celebration! 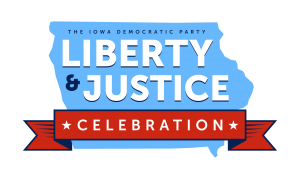 Welcome to the Online Hub for the Liberty & Justice Celebration!

Get all the information you need to know ahead of the big day:

A limited number of Floor & Dinner Tickets are still available.

Click below to purchase tickets on the floor of the arena — you’ll be served dinner and be right where the action is happening!

Arena Tickets have sold out, but if you’re interested in being seated with supporters from a specific presidential campaign, you can click here to contact the campaign of your choice to learn more.

We can’t wait to see you and these featured speakers in Des Moines! 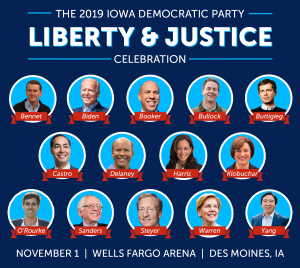 This was determined by a random drawing which happened on October 18th.