For all media inquiries, please email press@iowademocrats.org. Thank you! 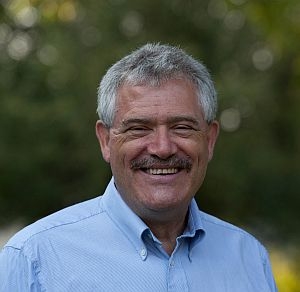 Mark and his wife, Karen Lischer, have been married for 32 years. They have a daughter, Allie. Mark is the former foster parent of two, Kevin Eggert of Clearfield and Darwin Eggert of Henok, and is now a grandparent to eleven foster grandchildren. 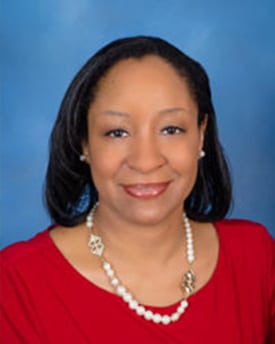 June Owens1st Vice Chair
June Owens is serving as the elected 1st Vice Chair of the Iowa Democratic Party as of December 2019, having previously held the positions of 2nd and 3rd Vice Chair.

June is committed to Democratic engagement on every level – from re-engaging eligible voters at their doors to leading as a precinct captain on several campaigns and serving as Affirmative Action Chair for the Polk County Democrats. In 2016, June provided organizing and party-building support for Secretary Hillary Clinton at her Iowa presidential campaign headquarters and served as staff on the Mowrer for Congress campaign.

She also was inducted into the IDP Hall of Fame in recognition of her efforts.

June is committed to building an equitable pathway to a deeper Democratic bench, and has served as Interim Executive Director and Board Member for Emerge Iowa.

A Des Moines resident, June is a member of several community organizations including, but not limited to: the Greater Des Moines Leadership Institute (Member of the Board of Governors) and Delta Sigma Theta Sorority, Inc.

Tanner Halleran2nd Vice Chair
Tanner Halleran, 20, was elected 2nd Vice Chair of the Iowa Democratic Party in the fall of 2019. A lifelong Iowan and resident of Sigourney, Halleran got involved in local and state politics during the 2016 cycle. At 17 and a half, he was elected as the youngest County Chair in the state, leading Keokuk County.

Since getting involved and being elected County Chair, Halleran has also held positions within the 2nd District Democrats and College and Young Democrats of Iowa’s Executive Boards. From this position, he hopes to promote issues of accessibility for youth and rural Democrats, as well as working overall to strengthen the Iowa Democratic Party.